We may earn a small commission from products from the companies mentioned in this post. 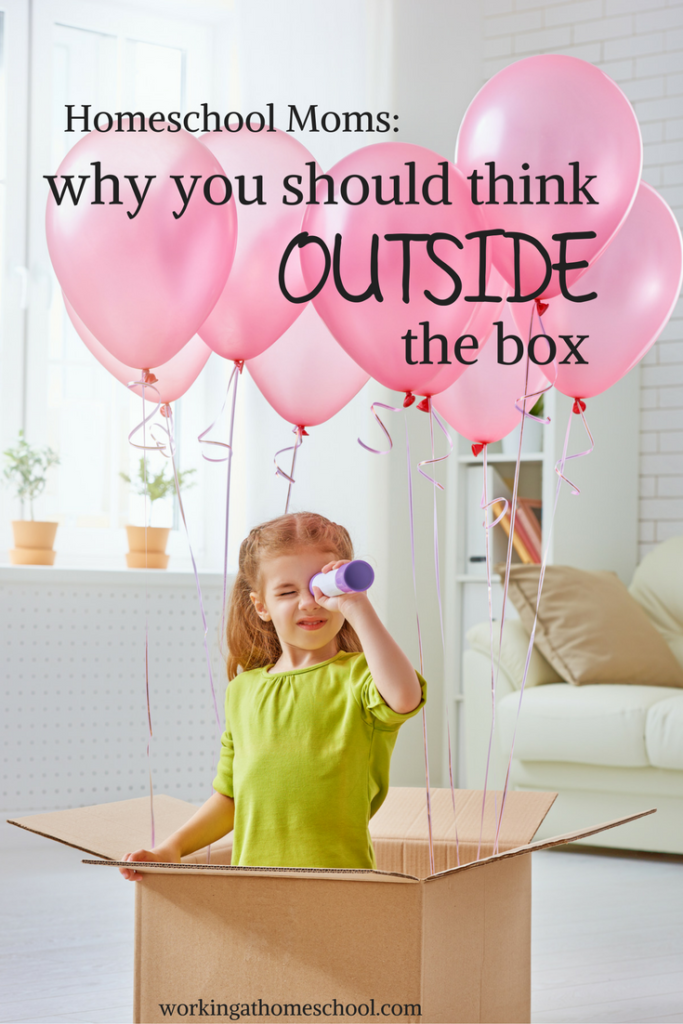 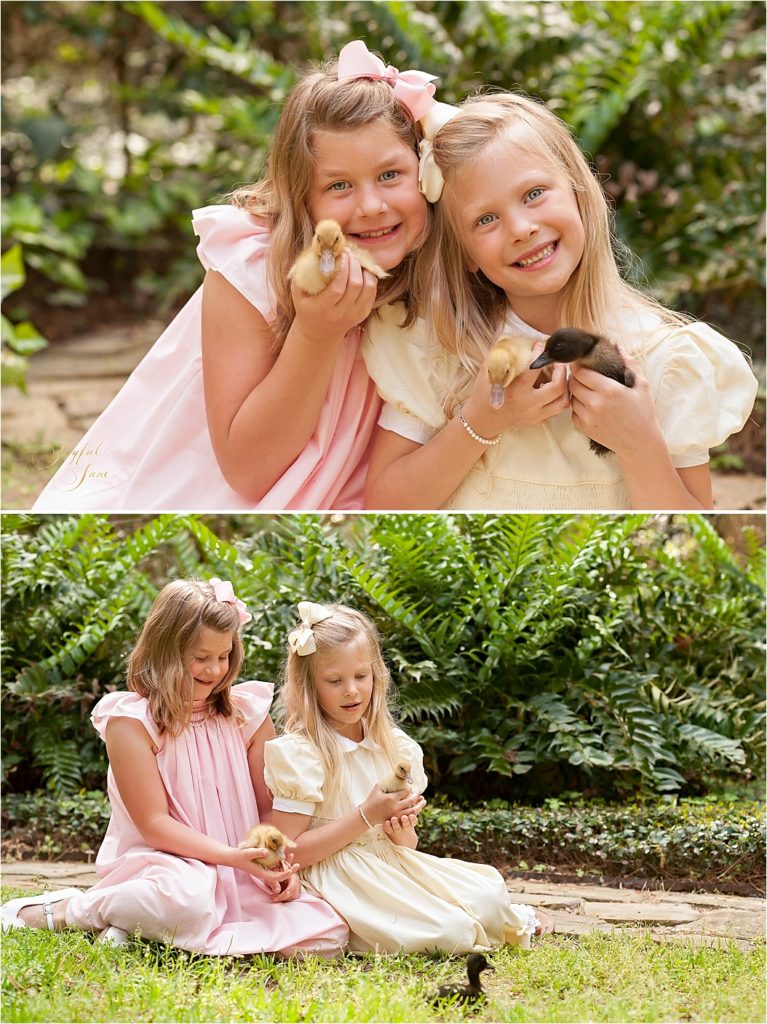 We were the first homeschooling family in our town back when few people had even heard of homeschooling.  Homeschooling was just beginning to take off 30 plus years ago when we began.  I was homeschooled my entire life and I never really felt “normal” (whatever that is) or like I “fit in”.  I had different interests than my siblings and most of my friends. Were it not for my parents guiding me towards things that I was naturally good at, I could have felt like an outcast or sub-par.

My parents were human and made mistakes just like we all do.  My upbringing and schooling wasn’t perfect, nor was that of my siblings.  In hindsight, there are definitely things that they could have done differently or better when raising us, but one thing that I feel like my parents did really well in my homeschooling was to not push me to be what my siblings or my friends were.  They recognized my unique strengths and weaknesses, and then they allowed me to pursue avenues that would build up my strengths.  Let me paint a picture for you… 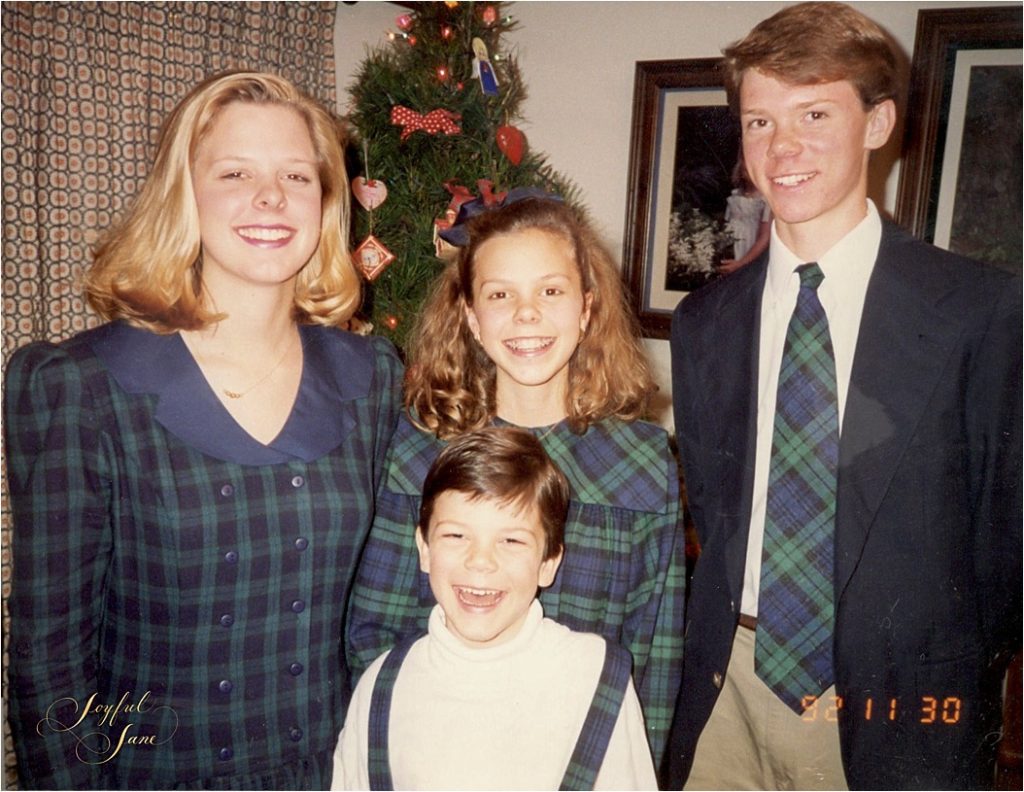 My older sister was extremely academic and bright.  She excelled in all of her schooling and she was way ahead in each of her school subjects. She has a very technical and logical mind.  She began college when she was 15 and went on to be the youngest female to ever graduate from Texas A &M University at the age of 19.  She was chosen to play on the Texas A&M tennis team. She was also recruited with full scholarships to other prestigious schools like WestPoint. She has many other talents as well, such as singing beautifully, and she even competed in many music competitions.  She went on to have a successful career for many years and she is now the mother of five children, whom she homeschools.

Then there was my older brother. He was very different from my sister in just about every way.  While he was really smart, he was not as driven to push through the academia as fast as she.  Although he did well in his schooling, his passions were not academia.  After his high schooling was over, he decided to go a different path than my sister.  Instead of going to college, he began an internship at a prestigious law firm (The Homeschool Legal Defense Association).  He then went on to start his own web design business that became extremely successful and was eventually sold many years later for a profit.  He has since started another successful business that he runs with his wife and their 11 children, whom they also homeschool.

Next was my younger brother, who we lovingly refer to as “The Golden Child”.  If there ever was a whiz kid, he was it.  He was doing complex math problems in his head at 8 years old, he’s an amazing writer and there was no school subject at which he was bad.  When he took the SAT, as a sophomore at the age of 15, his scores were nearly perfect as he only missed a few questions on the entire test. His test results showed that he did equally well on all 4 sections of the test.  Some think he may have a photographic mind.  He was a National Merit semifinalist.  He was also the most amazing pianist and organist and was hired frequently by churches to play music.  He was the type that could memorize and play a 26 page concerto flawlessly and he even recorded three piano CDs. He began college at 14 and was offered many full scholarships.  He decided to attend law school and graduated at the age of 23 from one of the top 10 law schools in the U.S.  He has gone on to work for top law firms and raises his two young daughters with his wife.

Here I was, the third and middle child, surrounded on all sides by these amazing and accomplished siblings. I was awful at math and even required a math tutor in high school, I was terrible at playing the piano even though I dutifully practiced and took lessons for 8 years.  I was not the “academic type”, but more of the “creative type”, and obviously different than all of my siblings.  Thankfully, my parents didn’t look at me and think I was stupid.  They could have compared me to my siblings and thought “Wow! This academically struggling gal will never measure up to our other children!” Instead, they saw my strengths and focused on those instead of my weaknesses.  They found things that interested me and they encouraged me to pursue those activities.  Some of the activities they helped me to pursue were calligraphy, floral design and photography-all of which I still love and use today.  With those skills, I went on to open my own gift shop in our local downtown at the age of 12.   I also opened my own florist and did my first wedding flowers at 15.  I started a custom calligraphy business that I still run today that. I did all of the aforementioned while finishing my homeschooling.  Because I was running all of these extra businesses, I took school at a slower pace and didn’t actually graduate from high school until I was 19 (the same age my sister was when she graduated from college). 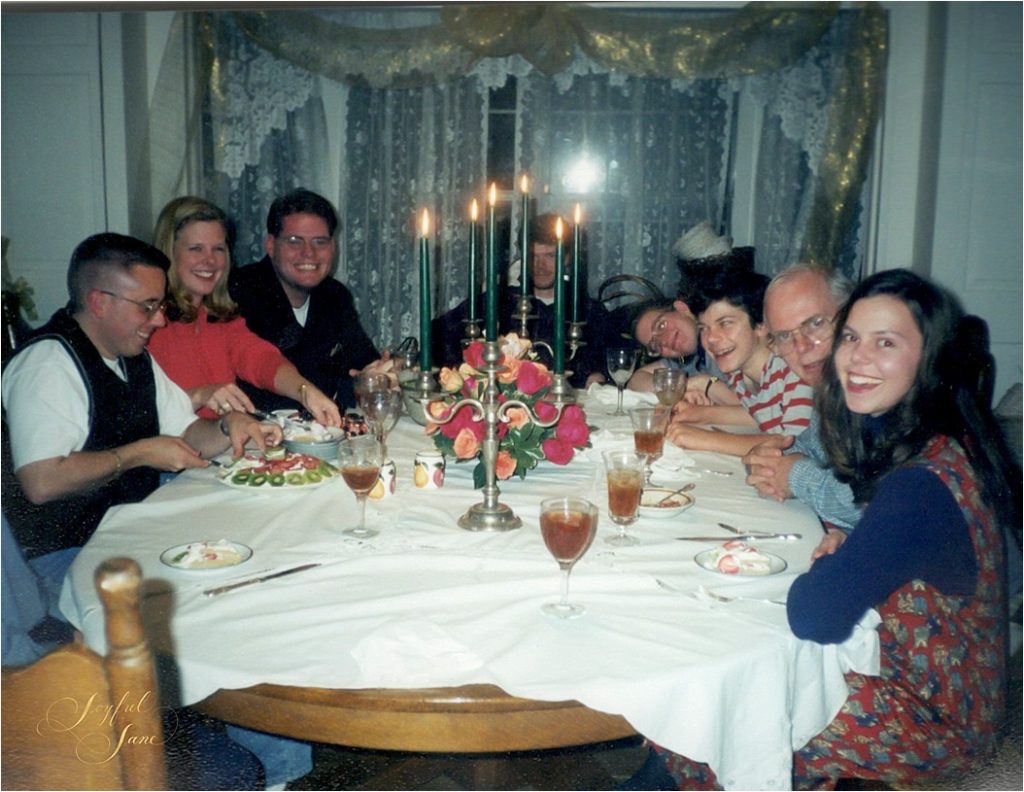 It was hard on me to not feel like a loser compared to my siblings and their accomplishments and accolades.  I could have developed an inferiority complex were it not for my parent’s encouragement.  My parents never once made me feel like I was below my siblings or wasn’t worthy of succeeding.  They encouraged me in the things that I excelled at and helped me to develop confidence in spite of the fact that there were many areas in which I didn’t excel.

I am so very grateful to my parents that they didn’t try to put me in the same box as my siblings.  Not only would I have been miserable, but I would have also been a failure because those weren’t my God-given gifts and talents.  Instead, they did all they could to help me figure out the things that I was meant to do-which is to create beautiful things for others to enjoy through home design, calligraphy, photography and flowers, etc…

I learned from my parents and from my personal experiences with my own children that each child has strengths and weaknesses. My job as a parent is to observe what those are and try and steer my children in the path that they are naturally bent.  Some children need to take things slower while some need it faster.  Some children excel in certain areas while others struggle.  With my 8 children, I have seen this first-hand time and time again.  But, because of the way that I was raised, it is easier to recognize the issues and address them as befits each particular child without making them feel like they don’t measure up because they are different.

As parents, we often times find ourselves trying to put our children into the same mold.  We sometimes say “Well, this child did X (insert skill) at this time so this other child should be able to do X (insert skill) also. “  But each child is different and that is a GOOD thing.  We need to look for the strengths of our children and help them to hone and develop those skills so that they can be happy and successful people.  After all, true success isn’t about a diploma or a certain grade (not saying those aren’t important and that we shouldn’t strive to do our very best), but real success is living our life to glorify God in our daily lives through kindness, love and the talents with which He has so richly blessed us. 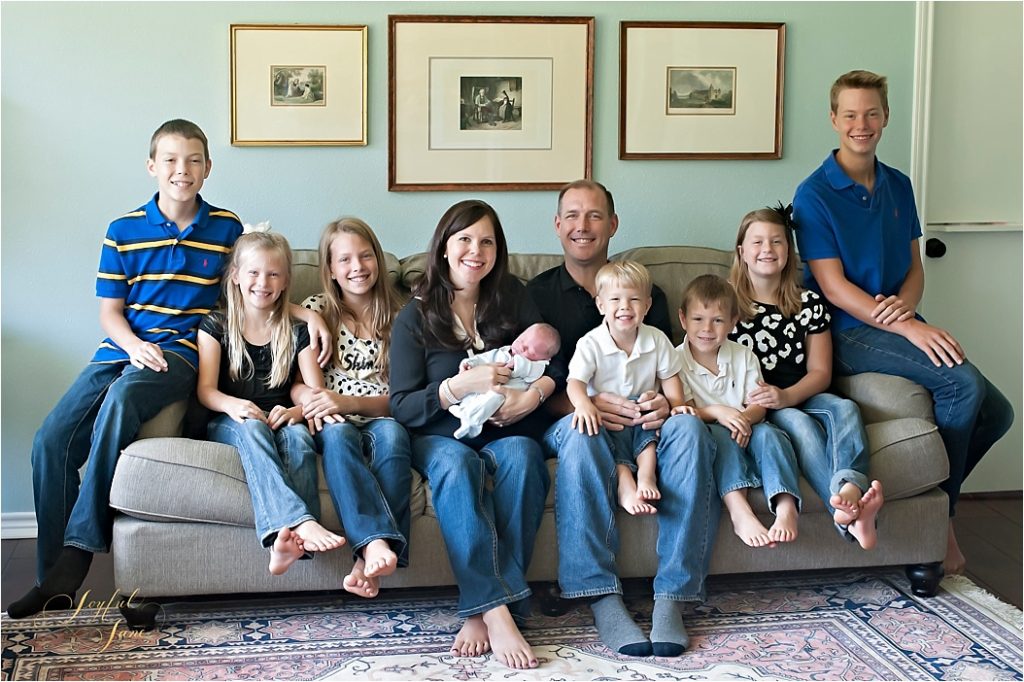 Kristen Hay from joyful-jane.com is a homeschooling mother of 8 children. She is married to her sweetheart Kyle.  She was homeschooled her whole life, so she is no rookie when it comes to homeschooling.  Kristen is also a photographer and calligrapher and loves to cook healthy food.  Kristen shares homeschool tips, Trim Healthy Mama recipes, family life, photography, calligraphy, encouragement to women and more on her website www.joyful-jane.com.  Check out her blog! 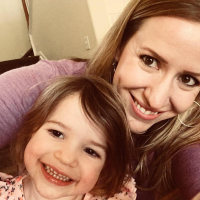 Hi! I'm so glad you're here! If you're looking for help with the Trim Healthy Mama lifestyle, you're in the right place!

I'm a Certified THM Lifestyle Coach and I help busy moms stick to the plan 100% - even if you're too busy, too tired, or don't want to spend a lot of time in the kitchen.

Take a look around - I recommend starting by signing up for my email list on the side of this post so you can get all of my free downloads via email!

This site uses Akismet to reduce spam. Learn how your comment data is processed. 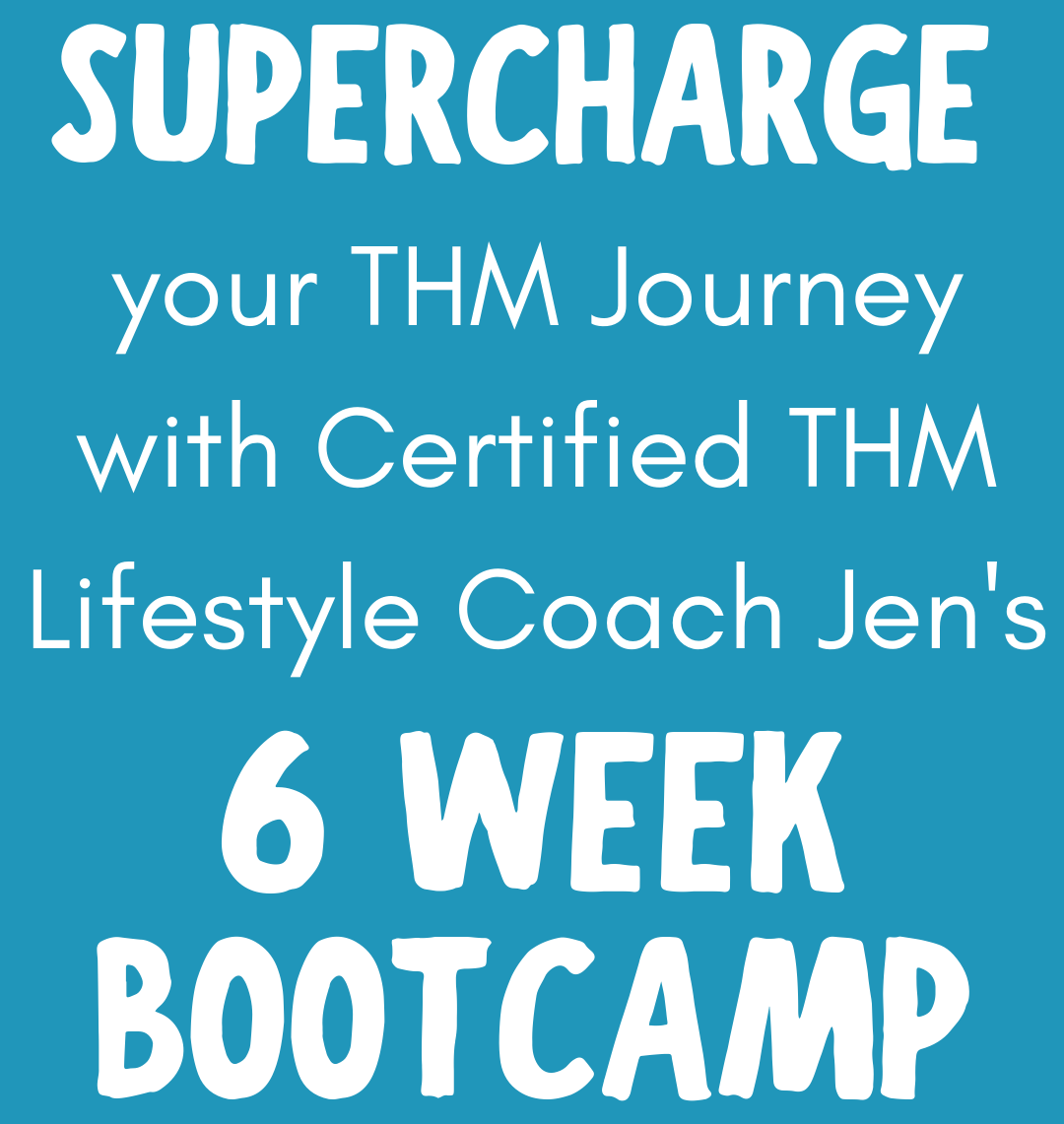 Need a little help with Trim Healthy Mama? I'm a certified THM Lifestyle Coach, and I'm here to help! I can de-mystify the plan for you and help you reach your goals!

Join the 6 week bootcamp and get:
-Coaching materials delivered entirely online to fit into your active lifestyle.
-Dedicated coach who will get you started, serve as a mentor, and help you customize your THM journey.
-Small Group accountability.
-Weekly online coaching sessions.
-One-on-one mini coaching sessions to keep you on track.

Thewellplannedkitchen.com/workingathomeschool.com is a participant in the Amazon Services LLC Associates Program, an affiliate advertising program designed to provide a means for sites to earn advertising fees by advertising and linking to Amazon.com. 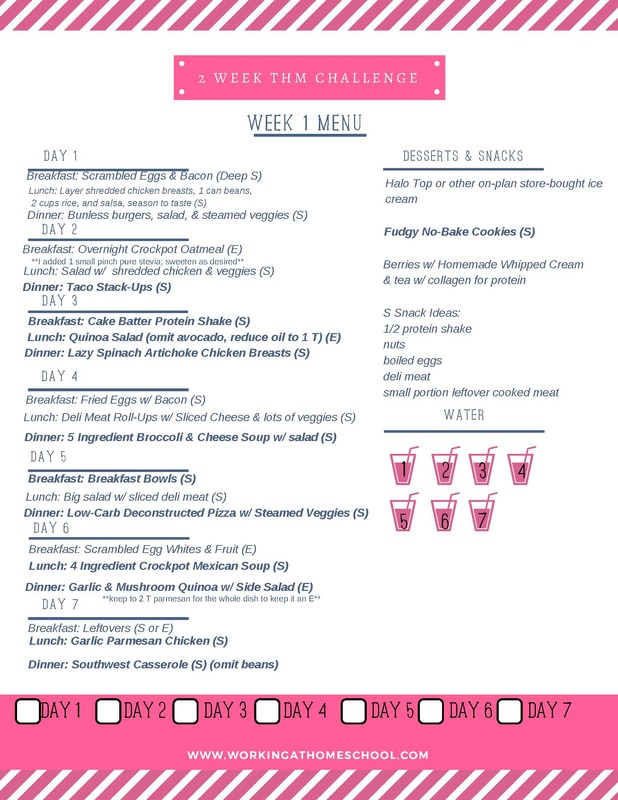 I'd love to share my meal plans with you - sign up today and I'll send over some of my favorite THM meal plans and shopping lists! ❤️ Jen

Success! Now check your email to confirm your subscription.

Hi! I'm so glad you're here! If you're looking for help with the Trim Healthy Mama lifestyle, you're in the right place!

I'm a Certified THM Lifestyle Coach and I help busy moms stick to the plan 100% - even if you're too busy, too tired, or don't want to spend a lot of time in the kitchen.

Take a look around - I recommend starting by signing up for my email list on the side of this post so you can get all of my free downloads via email! Read More…

Sign up for free tips, recipes, and meal plans!

Most Popular (but it's not a contest)